Home Informative What language are Android apps written in? 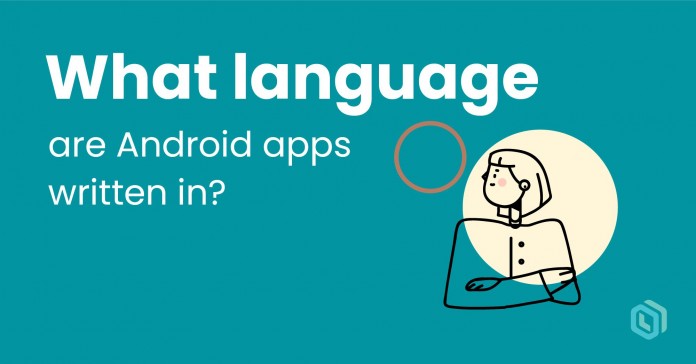 Coding is quite a sophisticated process, therefore it’s normal if as a beginner, you may not know where to start. Let’s break it down for you and make it as straightforward as possible.

You should choose the programming language first.

Most of the mobile applications for Android are written in the Java programming language.

One of the most prominent benefits of Kotlin for programmers is that it is easier to code. With Kotlin, it is much easier to read the code, make changes, and generally manage it.

As we have mentioned in this article, Kotlin is the revolutionized alternative for Java. Therefore, all of the errors that could have happened in the Java programming language you can avoid with Kotlin. Due to the conciseness and clarity in Kotlin, the numbers of potential errors and system failures are substantially less.

Kotlin is developer-friendly and provides features that allow developers to make the job faster and much more manageable. Kotlin has a feature called inlining, which is to help developers enhance their app’s performance.

It is undeniable that games are one of the most prominent and demanded categories on the app market. Corona programming language is for apps and games for mobile and computer devices. It is a Lua-based programming language, which will make your job faster and straightforward. Corona has software development kits like OpenGL, which allows working with 2D and 3D graphics. It is a cross-platform framework meaning that you can publish your app on different platforms for different operating systems with a single code base.

Python is a highly functional, fast, easy to learn programming language. It allows you to run your program on different platforms with the same code, unlike other programming languages. The program is dynamically typed, meaning that you do not have to indicate the variable type to assign a value to it.