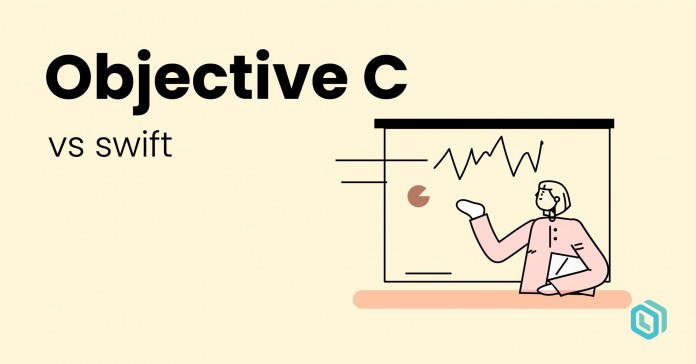 Swift programming language is developed for Apple applications and was first introduced in 2014. The programming language operates for macOS, iOS, watchOS, tvOS operating systems. Despite its very brief history, Swift managed to gain the trust and preference of program developers. Swift was created on Objective-C’s experiences with the intent to evolve and create something more significant. At its very essence, Swift has many similarities with the Objective C programming language. Developers who know how to work with it will have no trouble working with Swift.

It is much easier to read and code with Swift programming language, making it even more preferable for beginners. One of the Swift programming language’s main advantages is that it is very quick to catch any errors. Being in control and addressing code errors like null references make the coding process more manageable. Another significant advantage is the speed which makes the language developer-friendly. Swift has excellent memory management as it employs Automatic Reference Counting. Swift programing language is an open-sourcing system that will provide you with the opportunity to find all of the necessary toolkits for more complex development by third-party companies.

Why compare the two programming languages?

What are the main differences?

So what are the essential differences between Objective C and Swift programming languages?

Objective C is a popular, established, stable programming language. Most app developers use and test it over time. It is predominantly developed in an Xcode development environment. Swift is a new programming language but has great potential and is widely preferred by developers. Compared to Objective C, it can work not only in Xcode but also Swift Playground, Cocoa Touch, etc.

Swift is much more dynamic and fast than Objective C, which can be crucial for meeting project deadlines. The speed of coding in Swift also makes it cost-effective and enhances the user experience.

Objective C is a good option if you apply CoreFoundation, AvFoundation, CoreAnimation Application Programming Interfaces (API). Objective C is generally much more advantageous when working with C APIs and functionalities.

Compared to Swift, Objective C is much more stable, but don’t forget to consider that Swift is already recognized by Apple and is increasingly growing. So the picture might change over time.

It is much easier to learn the Swift programming language due to its simple syntax in terms of the learning experience. The development process in Swift will require less coding and will cause fewer errors.